I am Smexy Epidemic

I am Smexy Epidemic

. Started this game so long ago at Steve's messing around in Pre. Played a Ranger and joined a pre searing guild, I forget the name, and ended up at lvl20. Unfortunately It was before the title was released and it ended up deleted.

Once I finally got it for myself I started becoming a heavy addict and made my monk, Smexy Epidemic. I actually went through the game with a necro and just got plain bored with it lol. Joined a few nub nub guilds that dont really mattered until I found a pve/pvp oriented guild. The guild was call "Death Infernal Evil[Die]" and the leaders name was Ocram. This is where I met alot of people that I play with now and rarely still. This was when I only had Prophecy's, When Shadow Form was seen as useless and a waste of time. Ocram was obsessed!

"You cant beat this build, blah blah blah" Well many of the members and I got along great, we had guild meetings every night and recruitment's every night, the recruits would come to the guild hall and me or Amber would test them in a scrim. We would message Ocram out thoughts and he would decide. Well Jacob me Andrew, Risen & Tifa(I believe) and a few others that long ago disappeared. We got sick of Ocram and I bought factions, got is damn "Secret Shadow Form build" challenged him. I almost beat him when he left the scrim.

We got to the point where we were like "fuck this" we left but not before we majorly fucked up the guild. Amber and Jacob ofc stayed and acted as if they were friends with Ocram and did more tormenting. Eventually we formed our own guild, "Frogs pass Gas[Gas]" Im pretty sure. This is where we recruited Andrew and his brother and also got Steve back into the game! We GvGed, pvped and Pved. We even tested members like we used to. 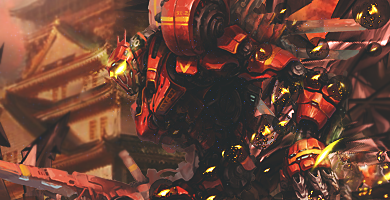